JUSTICE, TRUTH AND REPARATIONS FOR VICTIMS OF THE ACEH CONFLICT, TEN YEARS ON 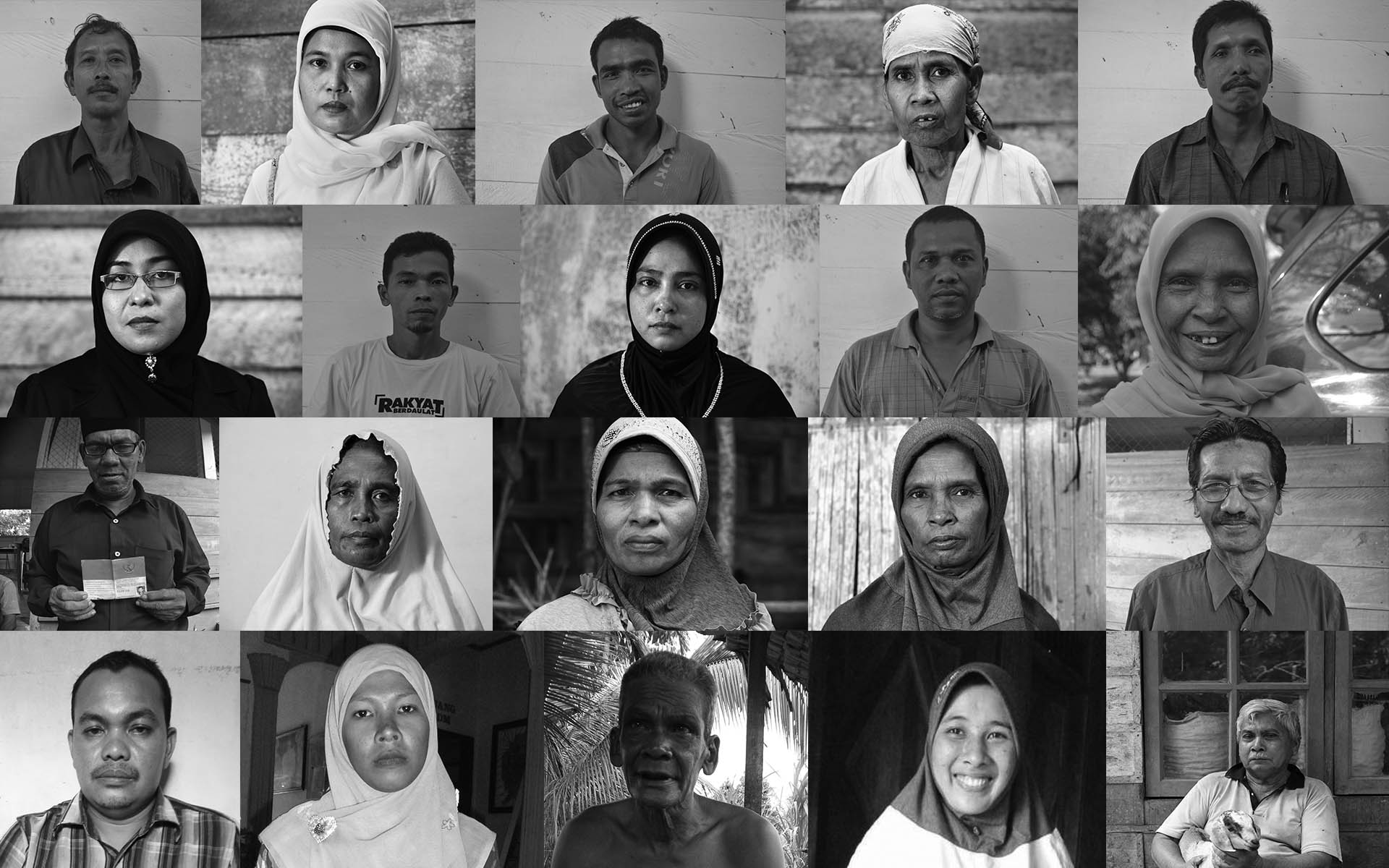 On 15 August 2015, the people of Aceh will commemorate the 10th anniversary of the 2005 Helsinki Peace Agreement which was signed by the Indonesian government and the armed pro-independence movement, the Free Aceh Movement (Gerakan Aceh Merdeka, GAM) to end the 29 year conflict in Indonesia’s most westerly province.

The Aceh conflict had a devastating impact on the civilian population, in particular between 1989 and 2004 when military operations were conducted by the Indonesian authorities to suppress claims for separatism. Between 10,000 and 30,000 people were killed during the conflict, many of them civilians.

Human rights organizations documented a range of violations committed by members of the security forces and their auxiliaries, including unlawful killings, enforced disappearances, torture, forcible displacement of civilians, arbitrary arrest and detention of those suspected of supporting GAM. Human rights abuses committed by GAM, including hostage-taking and the targeted killing of suspected informers, government officials and civil servants, were also reported.

At the time of the peace agreement in 2005, the topic of addressing crimes committed during the conflict was included in the Helsinki MOU and later adopted in the Law on Governing Aceh (No. 11/2006). However, ten years after the historic peace agreement, which has brought relative peace and security to the province, victims and family members are still waiting for the Indonesian authorities to deliver on promises for truth, justice and full reparation. The ongoing failures to do so are only prolonging their suffering.

Amnesty International, Asia Justice and Human Rights (AJAR), the Aceh’s NGO’s Coalition for Human Rights (Koalisi NGO HAM Aceh), the Commission for the Disappeared and Victims of Violence (KontraS) Aceh, the Indonesian Human Rights Monitor (Imparsial), the Institute for Policy Research and Advocacy (Elsam) and TAPOL believe it is time for the central and local Indonesian authorities to face the past and take long overdue measures to implement victims’ rights to truth, justice and reparation.

Victims’ groups and local NGOs in Aceh have long called for the Indonesian authorities to establish the truth about crimes committed during the conflict, in particular to find out what happened to the disappeared and missing persons.

There have been a number of initiatives by the authorities and the National Human Rights Commission (Komnas HAM) to investigate human rights abuses committed at different stages in the conflict and specific incidents. Although many of these investigations have been important in documenting the many human rights abuses committed during the conflict, they provide only a piecemeal approach to establishing the truth and fail to provide a comprehensive record of the abuses committed by both sides between 1976 and 2005.

Furthermore, some of the investigations are preliminary and do not look deeper into the causes of the abuses or identify what happened to victims of enforced disappearance. None of the final reports have yet been made available to the public and many of their recommendations to ensure prompt prosecutions for the crimes identified have yet to be implemented.

In a positive step, on 27 December 2013, after eight years of campaigning by human rights groups and victims’ organizations, the Aceh House of People’s Representatives (Dewan Perwakilan Rakyat Aceh, DPRA) passed a bylaw that would allow the establishment of a Truth and Reconciliation Commission for Aceh (Qanun Komisi Kebenaran dan Rekonsiliasi, KKR). However, more than a year and a half on, no progress has been reported in implementing the bylaw.

Although rarely labelled as such, many of the human rights abuses committed during the Aceh conflict constitute crimes under international law. Many of the violations and abuses committed by both sides in the context of the non-international armed conflict between 1989 and 2005 may amount to war crimes. Further, many of the violations directed against civilians by Indonesia’s security forces and their auxiliaries while suppressing the independence movement in Aceh appear to have formed part of a widespread or systematic attack, and may amount to crimes against humanity.

However, most crimes have not been investigated and those suspected of committing them have not been charged and prosecuted before independent civilian courts in Indonesia. Many victims and their families have no access to the courts due to flaws and barriers in the legal framework. Further, crimes under international law are currently not defined in the Criminal Code, making it very difficult for victims to seek justice before ordinary criminal courts in Indonesia.

Despite the existence of Human Rights Courts since 2000, the small number of cases which have been prosecuted before these courts, all of them outside Aceh, have all resulted in either acquittals or convictions being overturned on appeal. Further the Human Rights Courts can only prosecute cases of genocide and crimes against humanity, excluding other crimes under international law. The Law on Human Rights Courts (No. 26/2000) is also silent on whether decisions taken by the Attorney General, including not to proceed with an investigation or prosecution, can be legally challenged.

In October 2013, the National Human Rights Commission (Komnas HAM) set up a pro-justicia investigation into five key cases of “gross human rights abuses” in Aceh, including the 1999 Simpang KKA incident in North Aceh when the military shot dead 21 protesters, and the Jamboe Keupok case in South Aceh where four people were shot dead and 12 burnt alive by soldiers in May 2003. However, to date Komnas HAM has yet to complete its investigation into all the cases citing lack of adequate resources as a barrier to this.

Although some measures to compensate people for their losses or to assist children whose parents were killed during the conflict were taken during and shortly after the conflict ended, there has yet to be a comprehensive reparations programme specifically aimed at victims of human rights abuses and their families.

Financial and other material assistance to victims of the Aceh conflict, in particular via the Aceh Reintegration Agency assistance programme was not designed or intended to address the harm suffered by victims of human rights abuses. The programme was also restrictive and did not specifically include women and girl survivors of sexual violence. Many of these women and girls were unable to receive any financial or medical assistance as part of the programme.

Further, laws in Indonesia to enable victims of human rights abuses to seek reparation before the courts remain inadequate and inconsistent with international law and standards.

In order to ensure that victims and their relatives have access to truth, justice and reparation for crimes committed during the Aceh conflict and to strengthen the rule of law in Indonesia, our organizations recommend that local and central authorities undertake the following steps as a matter of priority:

Indonesia is obliged under international law to provide truth, justice and reparation to victims and their families. Addressing these past crimes would not only contribute to healing the open wounds of the civilian population, it would also help strengthen the rule of law in the country which can help secure the peace process in the long-term.

The Commission for the Disappeared and Victims of Violence (KontraS)

The Commission for the Disappeared and Victims of Violence (KontraS) Aceh