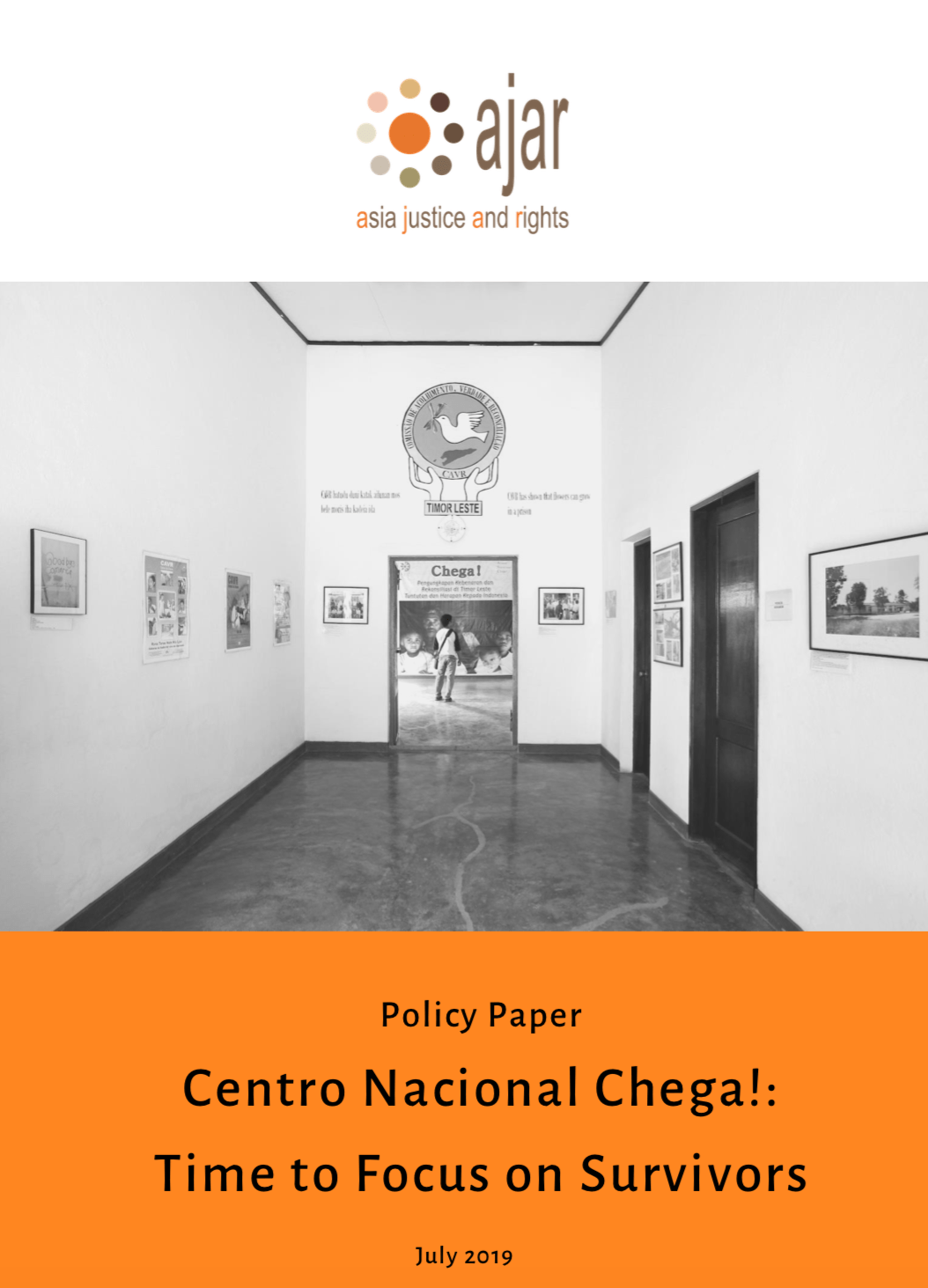 Second-Year Anniversary of the Centro Nacional Chega!
Keeping the Promise for Truth, Justice, and Healing in Timor-Leste
17 July 2019

Dili, July 17 2019 – Today marks the second-year anniversary of the Chega! National Centre (CNC, Centro Nacional Chega!), Through Memory to Hope, an independent institution in Timor-Leste. The CNC is tasked to ensure the implementation of the recommendations of Timor-Leste’s Commission of Reception, Truth, and Reconciliation (CAVR) and the Indonesia–Timor-Leste Commission of Truth and Friendship (CTF).

The establishment of the CNC is part of the outcome of a decade-long advocacy effort by civil society and victims’ groups, reminding the government of its obligation to implement wide-ranging recommendations of the two truth commissions. According to Secretary of National Victims’ Association (NVA), Domingos Pinto De Araújo Moniz, the centre has a mandate to preserve the memory of Timor-Leste’s history for the period of 1974-1999:

“CNC was born because of the victims. Victims wanted to have a memory institution. They fought for it for years.”

In response to advocacy by civil society, Prime Minister Rui de Araújo created a working group to review the implementation of the recommendations. The working group developed the design for the CNC that was legislated by Decree-Law No 48/2016 and adopted by the Council of Ministers on 31 October 2016. The centre has a mandate to preserve the memory of Timor-Leste’s history for the period of 1974–99, promote human rights through education and training, build solidarity with the survivors of human rights violations, prevent the recurrence of human rights violations, and foster a culture of peace.

In the last two years, the CNC has clearly demonstrated its tenacity and innovation in disseminating Chega! (CAVR’s final report), preserving memory, and promoting learning about the past. Some progress has also been made in the area of rehabilitation and healing for survivors, but more is urgently needed. In its next phase, CNC needs to take immediate action to ensure assistance to victims who have been neglected for more than a decade. The hierarchy of priorities again needs to be underscored. Victims and survivors are at the core of this institution; addressing their needs should be a priority for CNC.

AJAR’s Director in Timor-Leste, Jose Luis de Oliveira, reflected: “Remembering and recognizing the suffering of victims is an important foundation for building our nation. But this must be urgently followed by on-going care and assistance for those in need.  By doing so, we strengthen our national commitment to the core values of human rights.”

To commemorate this occasion, AJAR has launched a case study on the CNC, entitled: “Centro Nacional Chega!: Time to Focus on Survivors.”