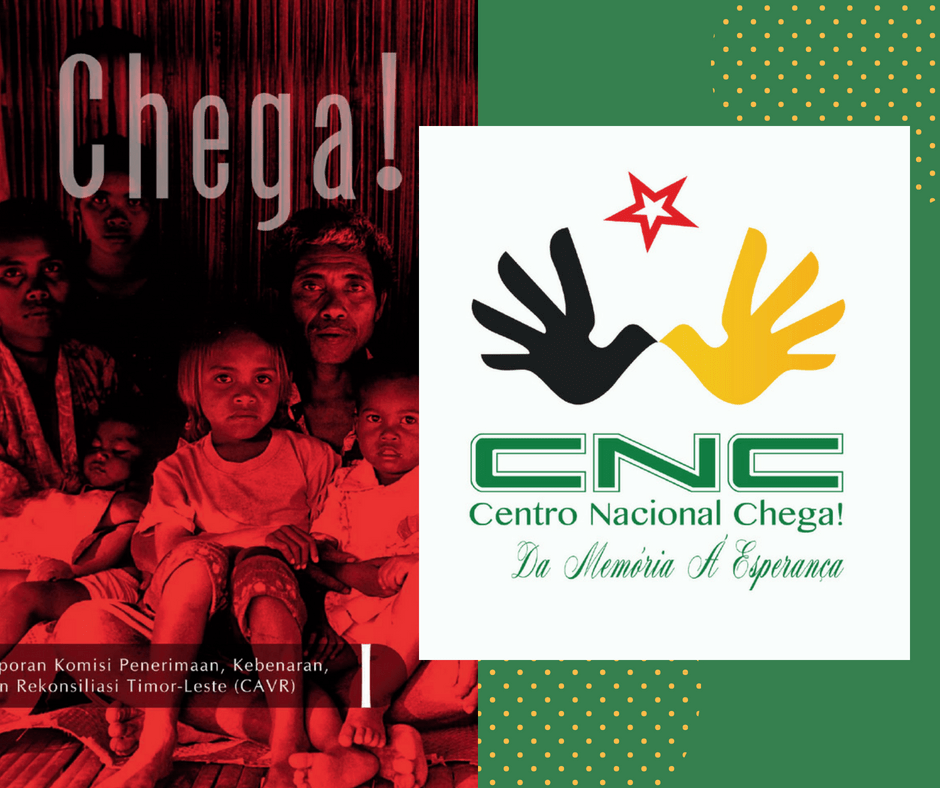 Press Release—First-Year Anniversary of the Centro Nacional Chega!: Keeping the Promise for Truth, Justice, and Healing in Timor-Leste

First-Year Anniversary of the Centro Nacional Chega!
Keeping the Promise for Truth, Justice, and Healing in Timor-Leste
17 July 2018

Today marks the first-year anniversary of the Chega! National Centre (CNC, Centro Nacional Chega!), Through Memory to Hope, an independent institution in Timor-Leste established to facilitate implementation of the recommendations of Timor-Leste’s Commission of Reception, Truth and Reconciliation (CAVR) and the Indonesia–Timor-Leste Commission of Truth and Friendship (CTF).

The establishment of the CNC was the outcome of a decade-long advocacy effort by civil society and victims’ groups, reminding the government of its obligation to implement wide-ranging recommendations of the two truth commissions. In response to this concerted effort, culminating with a ten-year commemoration of the CAVR report, Chega! in 2015, Timor-Leste’s former Prime Minister Rui Maria de Araujo established the CNC with Decree-Law No. 48/2016.

Since its establishment, the CNC has taken an active role in working with civil society and victims’ groups. Some key achievements include:

Despite this progress, the CNC faces many challenges in fulfilling its mandate. Following the 2017 elections, the then newly-elected minority government was unable to pass the government’s budget in Parliament, leading to its dissolution and a new round of elections in May 2018. As the current leadership takes shape, civil society groups are concerned that government support for human rights may waver.

José Luis de Oliveira, Director of AJAR Timor-Leste, stated: “We appreciate what the CNC has been able to achieve, working closely with civil society in Timor-Leste. Going forward, the CNC should strengthen its work to develop a national policy to ensure support for vulnerable victims. We urge the Government to support the path the CNC has taken to listen to the voices of survivors.”

The establishment of the CNC by the previous government was an exemplary demonstration of political will to implement the recommendations of two previous truth commissions. Timor-Leste can again show the world how to build a strong and prosperous democracy based on truth, justice, and healing.