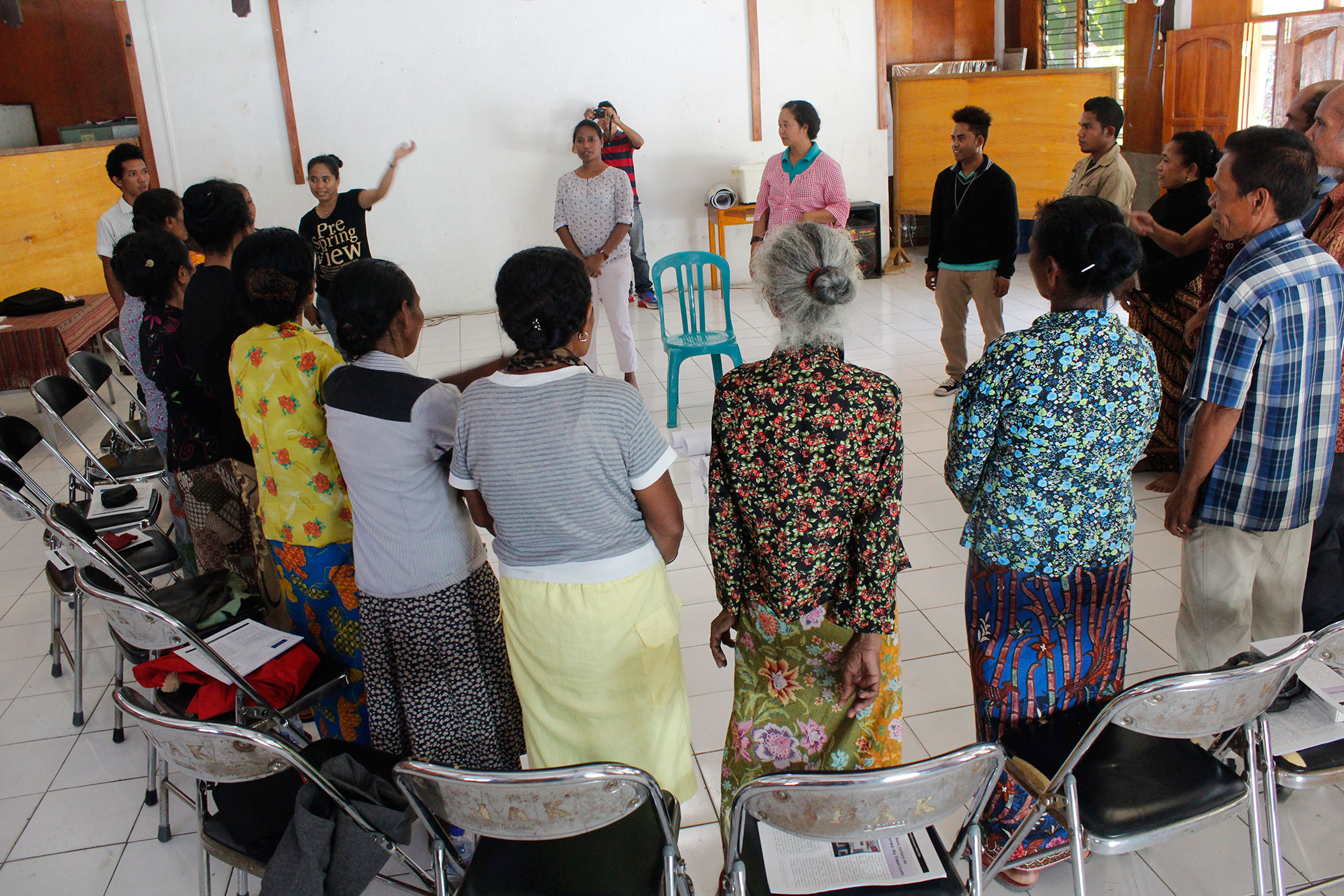 In respect to the International Day in Support of Victims of Torture (June 26th, 2016), AJAR and ACbit composed a day for commemoration, reflection, and education on its most recent research produced analyzing the legacy of torture and ill-treatment in Timor-Leste and how its practice has effected Timorese until today. Gathered to both learn and reflect together were members of the National Victims Association, Ministry of Social Solidarity, representatives of government cabinets, media agencies, members of civil society, partnering NGO’s, and of course multiple victims themselves who traveled to Dili just for this commemoration from their respective districts.

ACbit director, Nela Periera, in this occasion also spoke from her own experience; “I know that all of you (victims) have had many experiences of torture, and I also know that you are incredibly strong to speak out about what happened… we need to continue to speak out about this history and organize one another so that you are finding a solution to this problem and others will support you.”

Also, from Fokupers, Ms. Maria Guterres said “We will not forget your struggle, and we know we need to listen to your bitter experiences from the past so as to give our great respect to you and what you suffered on your difficult journey.” AJAR, along with others present at the commemoration event agreed that there needs to be more assistance given by the state, particularly within the Ministry of Social Solidarity, specific to the needs of survivors of torture and sexual violence in the past. Florenzo Pina Diaz, director of the Ministry of Social Solidarity (MSS), committed to cooperate with the government to make this recommendation transform into a reality, thereby having health, psychological, and economic support specific to vulnerable victims of the conflict period, not only in general for “vulnerable people.”

Other recommendations presented by AJAR through its work with victims targeted the security sector and judiciary system which has been found to carry on its tasks with a lack of accountability and transparency, while the perpetrators still gain immunity from prosecution.

“My recommendation to the government is that my children will not suffer again like I did,” said victim, Santina M. Mendonsa (from Turiscai, Manufahi district), who shared her history and solidarity with other victims at the event.

Followed by this reflection and commemoration event was a one and a half day gathering specifically just for victims of torture which ACbit and AJAR have found to be most vulnerable in their communities due to various circumstances. Acbit facilitated a separate trauma healing session between these victims to not only be able to speak out about what happened against them in the past but to also strengthen one another in how, in their lifetime, they can work together for justice and accountability for themselves and the next generation.