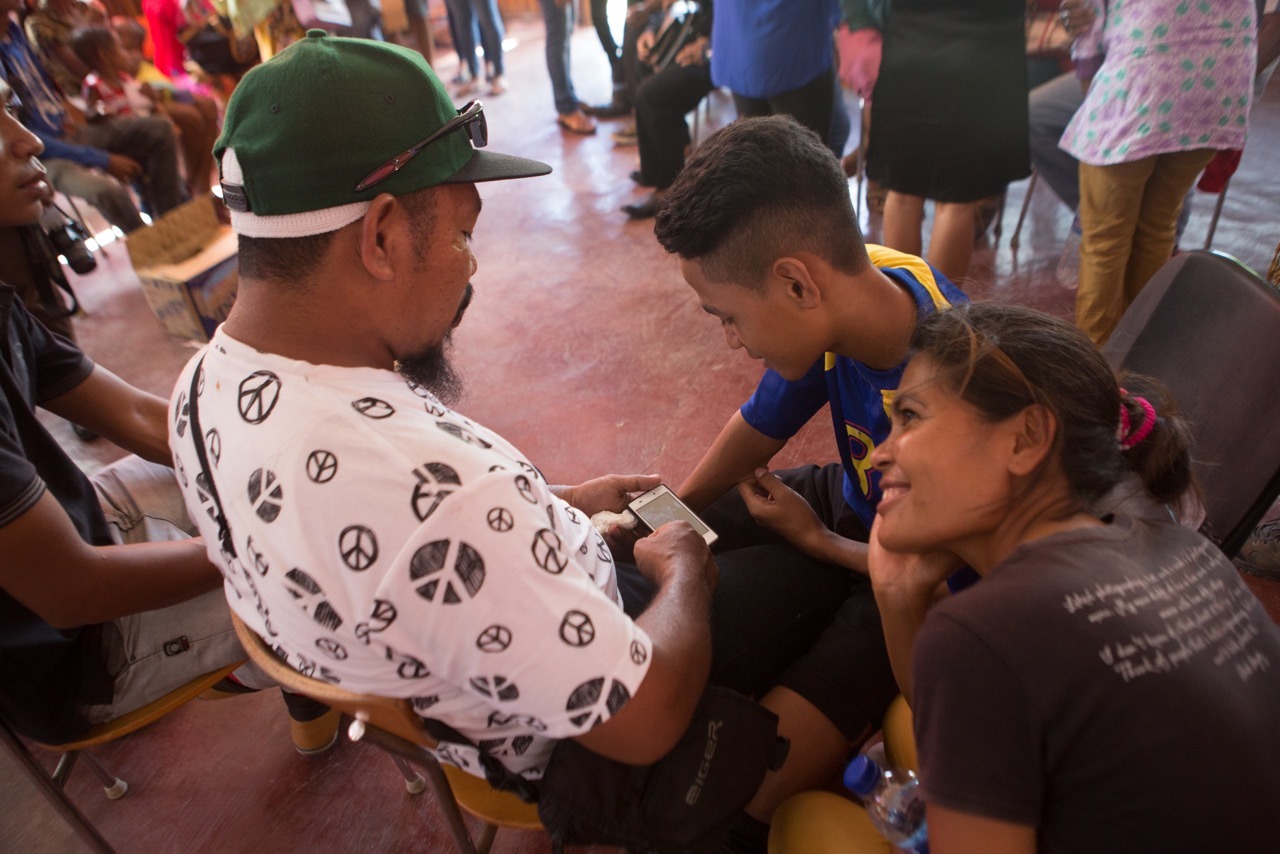 A Reunion for Timor-Leste’s Stolen Children

Dili, 19 May 2016. “I want to hug and kiss my mother,” said Muhammad Yaqub, born as Manuel da Costa, on the day before traveling home to Timor-Leste after 25 years. Yaqub is one of eleven individuals (three females and eight males) who are being reunited with their families after 20-40 years. Yaqub is one of Timor-Leste’s stolen children who were forcibly taken from their families, between 1975-1999, by soldiers of the Indonesian military.

The participants of this visit come from different parts of  Indonesia: Sulawesi, Kalimantan, and Jakarta. The oldest is Gregorio Muslimin (formerly Gregorio Pinto) who  was taken from his family  in 1976. The youngest is Muhammad Ridwan (Joao Soares) who was brought to Indonesia in 1997.  This long awaited homecoming is part of a people to people initiative to deal with the legacy of gross human rights violations which occurred in Timor-Leste between 1975-1999.

In its final report launched in 2005, Timor-Leste’s truth commission, CAVR, estimated around 4,000 children of Timor-Leste were forcibly removed from their families during the conflict.   In 2008, the bilateral Commission of Truth and Friendship (CTF) recommended the establishment of a commission for the disappeared that would include looking for children who were separated due to the conflict. However, to this day, no concrete steps have been implemented by the two governments of Timor-Leste and Indonesia. The CAVR stated that: “In the early years after the invasion, most cases of children taken to Indonesia involved individual soldiers who took children opportunistically, usually without family or other consent. As time went by, the practice of transferring children became more officially regulated. However, in practice children continued to be abducted or else parental consent was obtained through overt or more subtle forms of coercion.” (Chega! Volume III, Part 7.8, Par 344.) Many young boys were recruited as operational support (TBO) tasked to carry military logistics and used as guides. Many of these children were brought to Indonesia with the promise of getting an education. In reality, many of them were neglected, and worked as labourers or domestic servants in Indonesia. During the 1990s, religious institutions brought more children out of Timor-Leste placing them in Islamic boarding schools around the country.

Fourteen years since Timor-Leste’s independence, many of these stolen children are now adults who have settled in Indonesia without any contact with their families. Many have new names, and have adopted the culture, language and religion of their new homes. But the memory and longing for their childhood, their families, the songs and sounds of the past were never broken.

Asia Justice & Rights (AJAR) has facilitated three visits of these “stolen children” since 2013.  Since last year, AJAR has worked with Indonesia’s National Commission for Human Rights (Komnas HAM), and Timor-Leste’s Ombudsman for Human Rights and Justice for Timor-Leste (PDHJ), and the Ministry of Social Solidarity (MSS), together with civil society groups from both countries. This on-going joint effort include cooperation with the Commission for the Disappeared and Victims of Violence (KontraS), Association of the Families of the Disappeared in Indonesia (IKOHI), Kontras-Sulawesi in Indonesia, and in Timor-Leste,, Asosiasaun Chega Ba Ita (ACBIT), Asosiasaun HAK, Fundasaun Alola, and Timor-Leste Red Cross (CVTL).

After being reunited with their families in Dili on May 16th, the group was received by the Chair/Provedor of PDHJ, Mr. Silverio Pinto, accompanied by the vice chair of Komnas HAM Indonesia, Mr. Dianto Bachriadi. Yesterday, the group met with Timor-Leste’s Prime Minister, Mr. Rui de Araujo, and the president of Timor-Leste, Mr. Taur Matan Ruak, at the Presidential Palace. Today they embark on a six-day visit back to their villages.

At this moment Yaqub is making the six hour journey back to his childhood home where his family members eagerly await his arrival.

To learn more about the situation of the stolen children of Timor-Leste and other reparation initiatives between Indonesia and Timor-Leste please visit our website at www.asia-ajar.org and www.chegareport.net