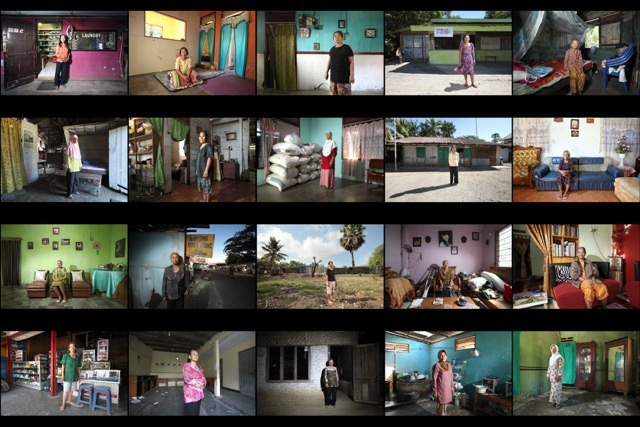 Last week an extraordinary thing took place in Jakarta. For the first time, survivors of the 1965 atrocities were in the same room with some of Indonesia’s highest-ranking generals and officials, talking about what happened.

There were different views: denials of the killings, a refusal to apologize, and pleas to let bygones be bygones (in Javanese, sing wis yo wis). But also in the same space harrowing stories of torture and killings, demands for accountability, and proposals for a way forward were tabled. The symposium was an important first step, but there is much work to be done.

One of the searing questions was how many were killed? Some numbers were bandied about. Eighty thousand, according to an early inquiry mandated by first president Sukarno, but that estimate was based on an investigation in December 1965 as the killings were still ongoing. A retired general said he only saw one dead person during his time as a platoon leader, adding that he believed the estimates of between 1 million and 3 million were exaggerated. Victim’s groups in the audience handed over lists of the dead and sites of mass graves. A survivor spoke about the hundreds of bodies she saw in her village. The symposium opened a door to this discussion, in an official setting.

Victims of gross human rights violations have the right to know the truth about what happened. How many were killed, incarcerated without trial and why? Although the People’s Consultative Assembly had promised to uphold “the supremacy of the rule of law and human rights based on justice and truth” in the early days of reformation in 1999, there has been little progress.

School books still teach the unreformed historical content recycled from the past. Events and meetings involving survivors of 1965 continue to be closed down, citing security concerns. As the symposium organizers described in the terms of reference, “a thick haze” surrounds the whys and the wherefores; and we still fear even talking about these matters.

However, for many years stalwart survivors and civil society groups have collected the scattered memories of violence, from testimonies to marking mass graves and sites of torture. It is time that the government had the courage to face this painful past and acknowledge that the state itself committed human rights violations on a broad scale against its own citizens.

Let us hope that these violations are a thing of the past, but the only way we can be sure of this is to examine courageously what has happened and to learn from it. Only if this is done can we recognize and prevent similar occurrences in the future.

It is the responsibility of the state to protect its citizens and to repair any harm that is done if it fails to protect them. The state must repair what was broken and in this way repair the relationship with victims and their communities.

I believe this effort will take a long time, even generations. What we are trying to do now will be revised and improved during a long process. But now is the time for the Indonesian government to begin this journey of healing, and no longer be left behind by various efforts already being made by civil society and victims’ communities.

Ideologues from the right or left need not be worried. An impartial and systematic reckoning of what took place should take into account testimonies from victims from all sides. It will not be an easy task, nor will it be speedy.

Sidarto Danusubroto, a senior statesman and member of the President’s Advisory Council, was an advisor to the symposium. He closed the event with a moving reflection and a commitment to recommend victims’ rehabilitation. Rehabilitasi umum (general rehabilitation) is widely understood as the reinstatement of one’s good name, i.e no longer stigmatized as a traitor. This call for rehabilitation has long been a demand from survivors’ groups, and a promise made by former president Susilo Bambang Yudhoyono, as well as the Supreme Court.

It is an opportune moment to look deeper into the meaning of the right to rehabilitation. Article 14 of the UN Convention against Torture and Other Cruel, Inhuman or Degrading Treatment or Punishment 1974 states that victims of torture have “an enforceable right to fair and adequate compensation, including the means for as full rehabilitation as possible.”

However, in 2005, the UN Principles on the Right to Remedies and Reparations defined rehabilitation as including “medical and psychological, legal and social services.” But more holistic approaches are emerging. The UN Special Rapporteur on Violence against Women included not only “legal aid, medical and psychological care” but also “steps to heal victims’ dignity and reputation”. The Inter-American Court of Human Rights ruled that the right to rehabilitation included the right of victims to have “a life plan” to achieve personal fulfillment based on options and guaranteed freedom.

For the 1965 survivors, to rehabilitate their lives requires official acknowledgement of what happened, and an end to the daily repression and intimidation that they still experience. We have before us an opportunity to create a road map, where victims and witnesses can provide their testimonies as part of a nationwide truth-telling process, and are enabled to talk about the impact of these violations.

The state has an obligation to heal the relationship between citizens and the state by facilitating the rebuilding of victims’ lives. This will contribute greatly to a future in which every person can live their lives confident that they will not be detained, mistreated or killed without a sound legal basis and a fair trial.

At the end of the symposium, I asked one survivor how she felt. She said, “I see a light. But the road to the light is still long.” I can only hope that President Joko “Jokowi” Widodo is listening with an open heart. We need the type of leadership, shown by the symposium organizers, leadership that is courageous and is not quick to close doors to justice and accountability.